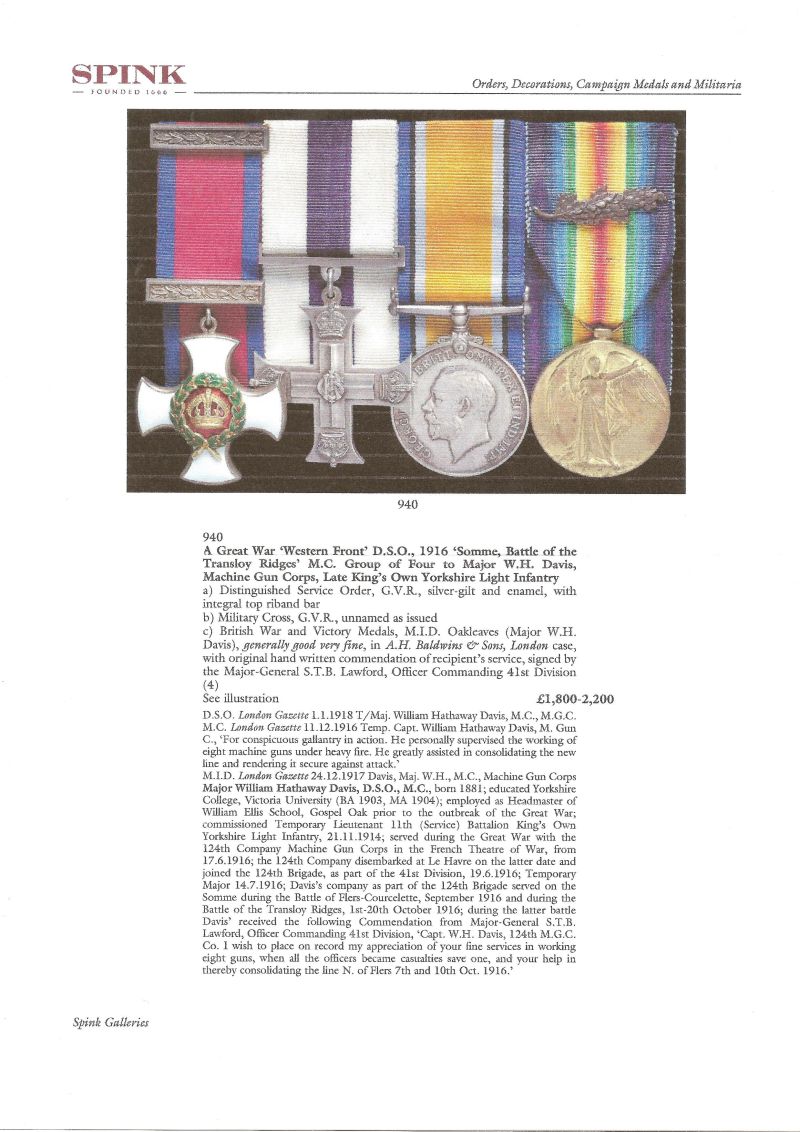 05/04/2013
Following a chance lead to the Spinks & Co website OE Committee member Chris Willey discovered an unexpected bit of William Ellis School History...
William Hathaway Davis was Headmaster at WES from 1919 to 1928 and succeeded Edward Cumberland. He went on extended sick leave from WES in 1928, when EP Jewitt stood in as temporary headmaster, but died in 1929. He was born in 1881 and was educated in Hull. He joined the Kings Own Yorkshire Light Infantry in November 1914 at the age of 33. He served in the UK and France and by July 1916 at the commencement of the Battle of the Somme he was a Major in the Machine Gun Corps. He won the Military Cross at the Battle of the Transloy Ridges in October 1916 and was awarded the Distinguished Service Order (second only to the Victoria Cross) in 1918. He was also awarded the War Medal and the Victory Medal and was mentioned in Dispatches.

Chris Willey came across a photograph of Davis's mounted medals together with a brief biography and details of the action, his military career and MC citation, on the Spinks Website as part of a catalogue of sale a few years ago. They were valued at £1,800 - £2,200. We believe this page has now been deleted from the Spinks & Co website. We have asked Spinks for permission to use this image but have yet to receive any response. The picture and the words are therefore copyright Spinks & Co Ltd and will be removed on request from the copyright holder.

If you want to read more about this go the the www.benemydiningclub.com website where there is a fuller account.